All You Need To Know About Pallets And Skids For Transportation

Trade is a crucial aspect of the global economy as many businesses from all over the world manufacture and ship goods overseas.

Then there’s the fact that many online businesses depend on foreign customers to earn revenues – similarly, both individual and industrial customers also rely on global suppliers to meet their needs and keep the supply chain rolling.

In 2018 alone, the global export volume of goods traded amounted to $19.45 trillion – this shows the increasing interdependence of economies and there is no doubt that sea transportation has a vital role to play in the proliferation of world trade.

The trouble is that goods can be fragile and must be packed in a way that ensures safe and efficient transportation thousands of miles to their destination.

For hundreds of years, wooden boxes, crates, kegs and barrels were widely used for transporting goods and materials, making the process very inefficient by today’s standards. 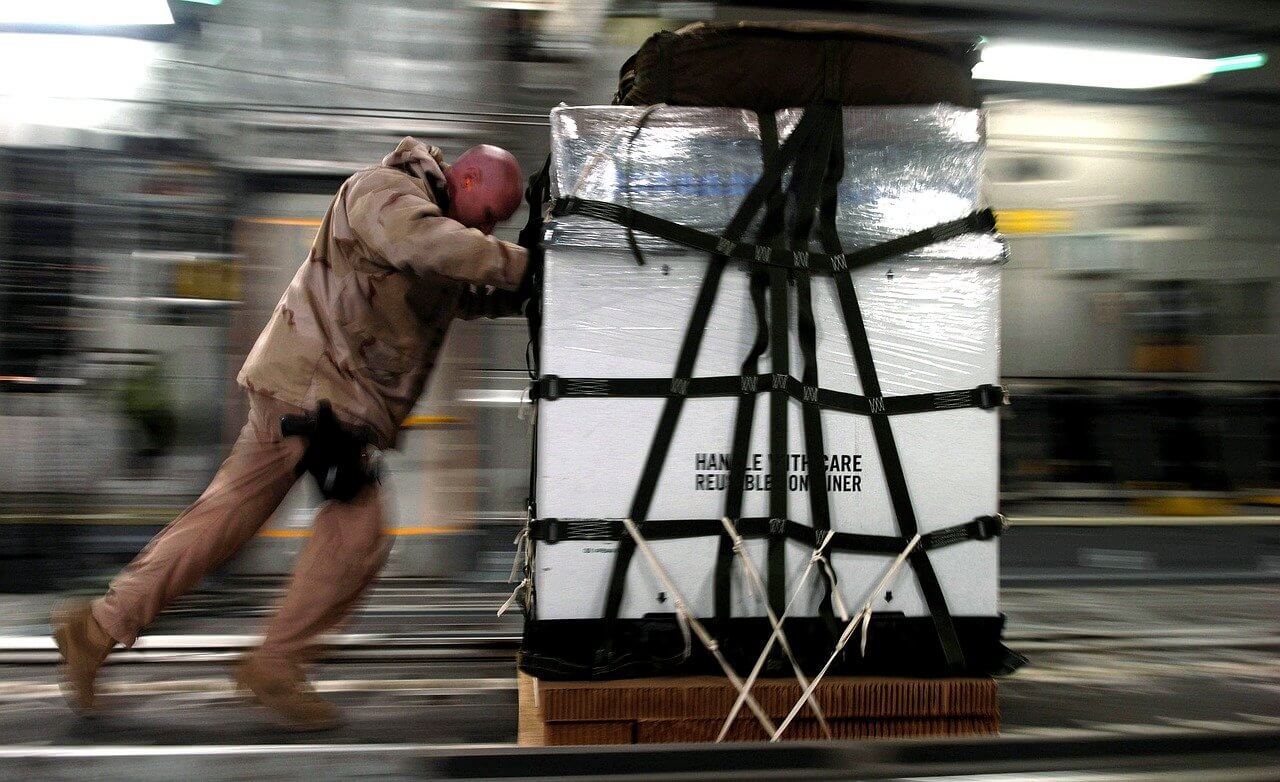 What Are Pallets And Skids?

People use pallet and skid interchangeably, but they’re not the same.

Both are used for shipping and storing materials, but each one has a different application. When you know the subtle differences between the two, it becomes easier to understand whether to use a pallet or a skid to keep your products safe in transit.

For starters, pallets are more stable than a skid because they have a solid bottom deck to stand on. The standard wood pallet can carry weights of up to 2200 lbs. or 1000 kg, depending on its size and construction.

The bottom deck makes pallets a stronger option for lifting, carrying and storing heavy machinery and tools like planers, grinding machines and sawmills – they can also be stored and stacked easily when not in use.

Modern shipping and cargo involve packing up goods on less-than-load (LTL) trucks – the freight is loaded onto the same trailer that your machine is on.

It’s an economical shipment service for freight that doesn’t require extensive deck space or takes over the weight of the whole truck. But if there is an occasional need to move pallets to create space in a truck that’s nearing full capacity, you may have a problem.

That’s because the bottom deck on the pallet creates significant friction, making the pallet very difficult to drag. A forklift may be required to move these pallets to avoid any damage to the goods or the pallet themselves.

Skids, on the other hand, are similar to pallets except that they do not have the wooden bottom deck – it’s often called the ‘poor man’s pallet’ for this reason.

While a skid is less stable than a pallet, it’s easier to move. They can also be neatly stacked when not in use, taking up less space than their ‘bottom-decked’ counterparts.

Due to its mobility, a skid is often used by warehouses and factories as permanent foundations for their heavy machinery and equipment

Pallets or skids can either be made of plastic or wood.

In the U.S., the most popular woods used are oak and pine – these are contrasting woods because oak is considered a hardwood while pine is softwood.

Shippers have found their way around that dilemma by using recycled and residual oak wood to manufacture oak pallets. Since it’s a stronger type of wood than pine, thinner boards of oak give the same strength and durability as larger boards of pine.

The choice of wood depends on availability, location as well as the qualities and benefits of the wood.

You also have the option of using plastic skids and pallets that can be lifted from any side while wood pallets and skids are limited to one or two sides. They can be more durable and reusable compared to wooden skids.

They can be reprocessed and molded into shape from high-density polyethylene using several processes from profile extrusion, rotational molding, compression molding, injection molding to thermo-forming and structural foam molding.

Plastic skids can also be reused and recycled, making them more sustainable for the environment.

These processes make sure that the skids are sturdy and durable, ready for use.

Pallet sizes are different across manufacturers, but efforts have been made to standardize the sizing and ensure reusability.

Burgeoning global trade has made it necessary that standard pallet dimensions are used and the ISO Pallet list shows that.

The International Organization for Standardization (ISO) has approved six pallet dimensions out of the number of sizes available. The standard pallet sizes mentioned below are used widely throughout the world.

In North America, the largest sized pallet is 48 x 48 inches and is used to transport large industrial drums by the petrochemical and chemical industries (fertilizer, etc.). For Europe, it’s the EUR2 or ISO2 size pallet which has the dimensions 39.37” x 47.24”.

Knowing these sizes and the industries they’re used in are essential considerations when exporting products. That’s because they help save money by overcoming additional expenses and time delays caused by transferring products onto local pallets when shipments arrive at their destinations.

It also helps calculate how many pallets can fit a container before shipping and the floor space left on the containers.

Why Are Pallets and Skids Better Than Crates For Transportation?

Crates are wooden boxes with four walls and a floor – the goods, materials and heavy machinery stored in crates are protected to a much higher degree than pallets or skids.

Crates may be built to fit any freight and can hold a large volume of goods. They can be stacked easily when they are not in use, but do take up too much space. They’re also more stable than a pallet or a skid, but the problem arises when they need to be moved.

A lot more wood and other materials are used in manufacturing crates, making them bulkier and more difficult to transport than pallets and skids.

That’s why most businesses prefer pallets and skids – since they are paying by the weight of the goods transported, they’d rather not add to it the weight of the packaging as well. This also has an impact on the loading and unloading times, affecting your service level as a business.

When customers get their shipments faster and more securely, it creates a positive impact on your business as they’re more likely to recommend your services to others through positive referrals. 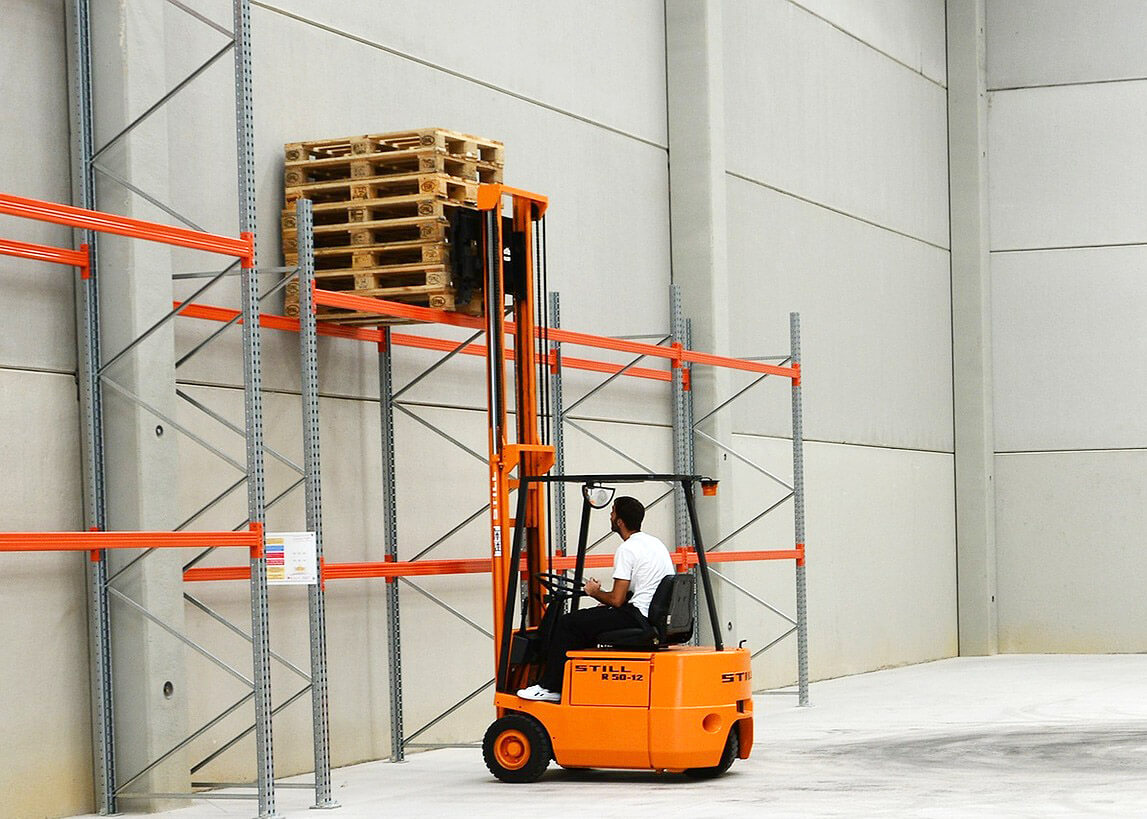 How Pallets And Skids Transformed The Shipping World

Pallets have been crucial in modern shipping since the 1940s.

Pallets and forklifts combined have had a significant influence on the way goods and materials are handled, stored and shipped overseas. In the 1930s, it would take three whole days to unload a boxcar full of 13,000 cases of canned goods. However, had the same cases been loaded onto pallets, they could have unloaded in a mere 4 hours.

Skids were used with the first low lift pallet trucks in American factories.

Forklifts have also undergone a couple of different iterations – from the rudimentary low lift introduced in 1887, the sleeker all-steel low lift truck in 1909, to the high lifts fork trucks in 1915.

More modern iterations made vertical stacking possible and improved the handling of different materials at warehouses and storage facilities, enhancing their efficiency tremendously.

Pallets also underwent an evolution to accommodate modern forklifts. Spaces were added between loads and boards were added on stringers to create the first skids (remember: skids are the primitive pallets). In 1925, boards were attached underneath to build the bottom deck that’s synonymous with the modern pallet.

The bottom deck allowed for better weight distribution and a reduction in product damage compared to skids. Warehouse buildings were also redesigned to incorporate the growing pallet sizes and reduce labor costs significantly.

Containers were introduced and soon the increased usage of pallets as a movement became cleaner and smoother while taking up less floor space than ever before. Companies using pallets for transport became more efficient and saw tremendous economies of scale as they were able to reduce costs uncompromisingly. 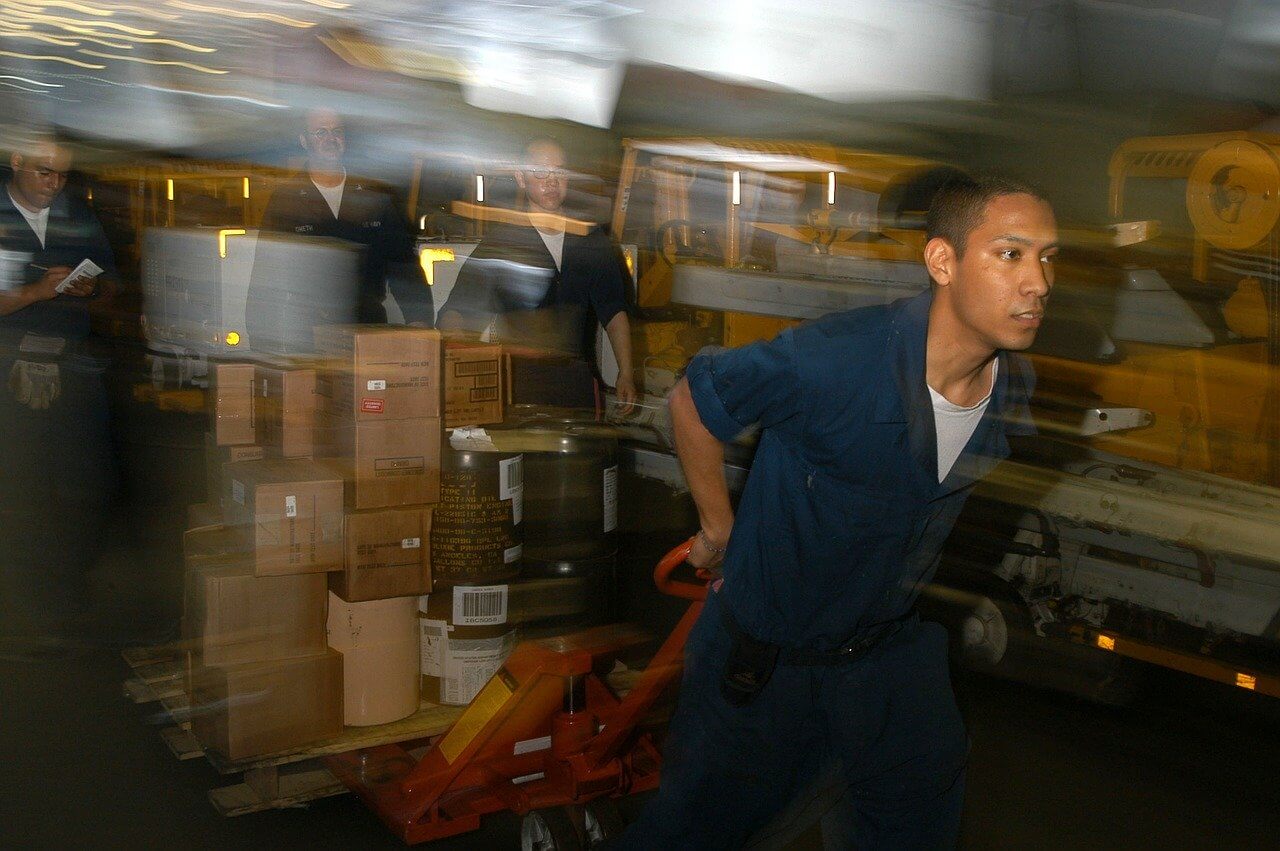 And there you have it, a quick yet powerful guide to two of the most used transportation tools. Pallets and skids are necessary for shipping and storing materials, making it essential for modern businesses to familiarize themselves with this equipment fast.